What can I say? First of all, Happy New Year! We’ve made it to a new decade and hopefully one that will be bringing us a lot of change. Not all the change we’re going to experience will be good, but hopefully, there is enough good to outweigh the bad. With that being said, I wanted to go into the highs and lows that I experienced in the last decade, with a mini decade in review.

For me, the 2010s were a decade of change. I went from being 18 years old to 28, although let’s be honest I still forget I’m not 16. I went to university, I lived in France and Spain, I travelled around Europe, I met tonnes of people, I was in 3 relationships (two serious, one weird), I started a blog and I became an auntie! It was jam-packed. Do I feel like it was completely full of good things? Nope, not at all. With all the good comes the bad.

Let’s start with the good

I can’t go into my decade in review without going through the positives that I experienced. There were quite a few, and none of them takes priority as I’m thankful for all of them.

Firstly, I started and graduated from university. I started at Bangor University in the September of 2010, fresh-faced and bushy-eyed. My 4 years of study were some of the best that I’ve lived. And due to them, I lived in France for 6 months and Spain for 18. Without my languages, I don’t know if I’d have been able to do half of the stuff that I have. Not only did I move from Sheffield to North Wales, but I also had to survive with different countries bureaucracies. Let me tell you, it wasn’t always pretty!

Sometimes I feel like I should have studied something alongside one language so that I had more real work experience for when I graduated, but then I remember how much I enjoyed my time and I know I made the right decision. Without my year abroad, I don’t even know if this blog would be a thing. It’s true!

I’d started a few blogs over the years, but this is the only one that has stuck. It might have gone through a fair few changes over the years, and I might have made it an allover mess. But I love it. This piece of the internet is something that I will always love. Although, I’m not sure if I should have rebranded from “A Journey To The Centre Of New Experiences”. Sure it was wordy, but maybe it captured more of me than I thought it would? Once the travelling slowed, the name became a little redundant and I wanted something that could be everything. A play on the phrase rose-tinted glasses bore the life of the new rebrand, and I do love it.

I fell in love twice. One of the relationships lasted for half the decade and helped to shape me into the person I am today. If things had turned out differently, it could have been possible that we would still be together now. However, I try not to dwell on what-ifs in case it spirals into a sorta downward crash. The second is still going strong with this year being the 4th year that we will be together. Both taught me so much about myself, and the sort of person that I am. Without either of these people having come into my life, I don’t think that I would be who I am today.

I became an auntie to the most mischevious, intelligent, deadpan kid I’ve ever met. You can tell that he’s definitely one of us. Although I practically missed the first 9 months of his life (let’s be honest the boring months =D ), my life has been changed by him being here. He frustrates and antagonises but he is hilarious. I can’t remember my life without him in it.

I finally finished a book! It took 2 years in total to write, and it’s still in edits. But I did it! I managed to write something that makes sense. Well, maybe not full sense, but enough for it to be a book. I’m hoping the next decade brings a couple more finished manuscripts, and maybe even one of them published!

And now for the bad…

A decade in review is a little worthless without the bad sides as well. I don’t think there were too many bad sides to the decade. I mean there’s always generic sadness and unhappiness. But I don’t think I experienced more than most people. Or maybe I did and I’m vastly underestimating?!

As with many relationships, a break up can happen. I experienced two in the 2010s. The first felt awful, but more from the sheer betrayal that I felt. Looking back on the relationship, I question why it took so long for it to end. It does make me question some of my decisions… The second was painful for a whole host of reasons.

I messed up, really messed up. But that didn’t make the split any easier. It could have been fine, maybe we could have worked past it but I think I’d already sub-consciously left the relationship. We had spent a lot of time apart, and it felt like the relationship wasn’t important any more. Probably not the case. It was the ideas of the future that were important to let go of. Even though I’m not sure that I fully wanted them. The fact that I’d planned them out made them difficult to drop.

I stopped speaking to a lot of people I considered close friends. Some of these were because I forgot to respond, and the longer I left it the more I felt like I couldn’t respond. Even now, there are a good handful of people who I would still talk with, but feel like I’ve left it too long to be a part of their lives. The sad fact of growing up is that you don’t always keep in touch. It just seems ridiculous in this age of technology. I might start trying to push this weird fear to one side and make it a good point of the 2020s that I’ve reconnected.

I put on quite a bit of weight. Not necessarily bad in itself, but it was from over-indulgence and I lost my fitness. I used to be able to walk for so long without feeling tired, but now I can feel it sneaking up. Although I have been trying to make changes with this. Plus, with my PCOS diagnosis it’s important I do what I can to reduce my overall weight. I could have fertility issues, and they won’t be helped if I don’t do something first!

Your decade in review

If you were to review your decade how would it stack up? Was it one that you will cherish, or are there things that you wish you could change? Maybe there’s something that you can work on in the next decade to help make you feel better. I know that I’ve started off the year with some actions from the previous year. But now to make sure that I can sit and focus on them.

No comments yet
decade in review growing up

This site uses Akismet to reduce spam. Learn how your comment data is processed. 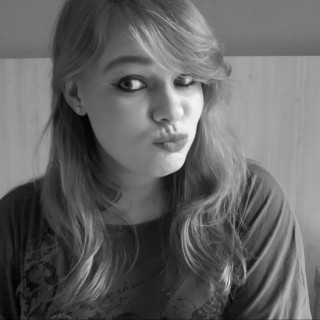 20 something year old writing about anything that comes to mind. Lover of books, stationery, make-up, musicals and writing!